‘Cannot understand why you give the dog such a nice bowl to be sick in.’
– Jamie Oliver

A genuine comment left by J’me himself in response to the posting of a delicious Linguine with Peas & Mint Pesto recipe …can’t think what could have upset him so much. Anyway, if food (vegetarian and pescetarianism), cooking and an ambivalence towards celebrity chefs is your thing, take a look at Yumblog. 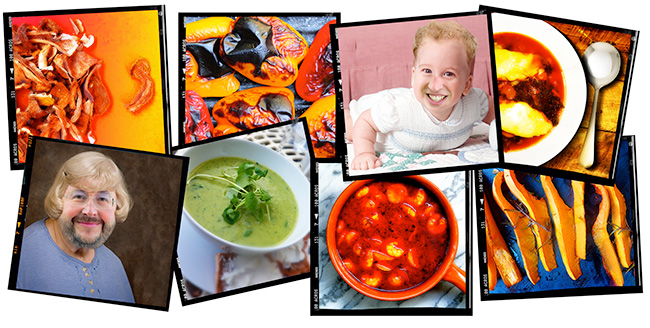 Oh, dear Richard, I was not having a go at you in case you think so. It is only that after a rather lovely meal that was washed down with a requisite (=vast) amount of appropriate beverages I felt hugely called upon to defend a rhubarb fool and probably went a bit far in expressing my strong views on the subject.

What I failed to state clearly, but which I judge the careful reader to have easily discerned from my stern message, is that your blog has given me – and continues to do so – huge pleasure. I would go so far as to state that I feel us kindred spirits on the culinary front. Also on the beverage and the musical accompaniment front. So thanks for all that and keep up the good work. Now I know you probably have a day job and have to spend more than 5 minutes a day in raising a young ‘un, but seriously, it will be much appreciated if you could post much more frequently as I look forward to each post almost as much as I used to look out for the next Beano. And that was a LOT, as I lived in a country with no TV. I feel this is the point when I should stop writing in order to preserve a shred of dignity.

© Richard Camps, 2013
All images are copyrighted to their respective owners.